Forget Me Not By Caroline Blake 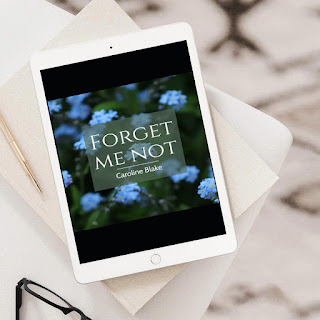 •This is author's debut book but I must say that,the way she penned the story of friendship in her own language is commendable. The author's way of describing this amazing friendship will teach u worthy lessons about life.If we talk about book cover then it is so soothing and simple.

•The story is about teenage friendships. Alice and Chloe work at The Grille restaurant in Leeds. A man bursts into the restaurant and attacks them both and kidnaps Alice. She is terrified and doesn’t understand why the kidnapper won’t contact her parents. What does he want?”

•There is also another girl named Sophia.She was rich and looks like that she has everything.But there is also a secret behind her smile which she doesn't want to reveal. There is Lily also, who also has some problems and her best friend name is Anna.She also has hard life just because of her dad.

•How is the story of the attack on Alice in the restaurant connected to the other characters in the book??Or Do u want to know the secret of Sophia??or Do u guys want to know incomplete story of Lily and Anna.There is a lot more interesting about GIRLS that u will get to know after perusal the book.

•I will recommend this book to you all. And I must say that this is author's debut book but I aprreciate her work of writing.

Forget Me Not By Caroline Blake